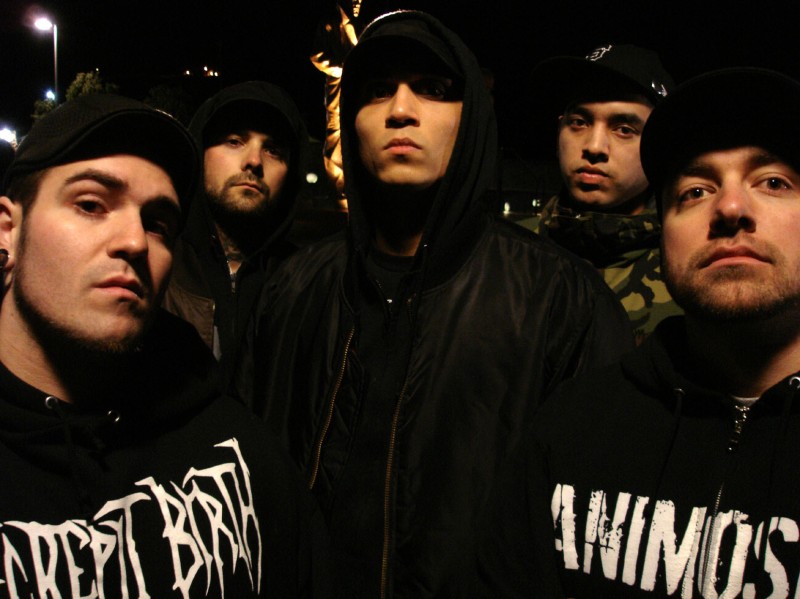 T he hardcore band First Blood from California will release a new album with the title Rules. The album will be released till their Europe tour in July and will be the first First Blood record after 2010.

„We just wanted to play music that was right to the point so kids could sing-along and let out their aggressions on the dancefloor,“ states frontman Carl Schwartz about the band’s early, no-frills attitude. „We never thought or expected we would be playing shows outside of California, let alone San Francisco.“ That would soon change.

Upon the self-release of their brutal 5-song DEMO 2002 (later reissued by Bridge9 spin-off Division 36 Records) and a split 7″ Dead Man’s Hand Series EP with Philadelphia’s Blacklisted in 2004 on Deathwish Inc, First Blood soon hit the road to unleash their fury upon the world in promotion of their debut 2006 full-length release entitled „Killafornia“ on Trustkill Records.

Fast forward to 2010, First Blood ramped-up for their highly-anticipated, sophmore release entitled „Silence Is Betrayal“ on Bullet Tooth Records. The record laid it all out on the table with a point of view that left little to misinterpretation“ is how Carl described the strong lyrical focus of challenging the status quo, while remaining every bit as true-to-sound to the brutal aggression that many have come to expect musically of First Blood. „Silence Is Betrayal is every bit as heavy and abrasive as First Blood gets, complete with a war-torn soundtrack of armageddon breakdowns and relentless sing-along calls to action.“

Full speed ahead into 2016, First Blood celebrates their fourteen year anniversary as a band with a brand new album called “Rules”.