After playing hundreds of live shows since their formation in 2001, covering the length & breadth of England, winning over some of the toughest of critical audiences, and building on the foundations of a solid fan base at every gig. The groups reputation soon spread overseas, with them playing many festivals & dates all across Europe covering some 17 countries so far, taking it in their stride playing in front of an estimated 20,000+ people at one recent Slovakian festival. During 2006 the Sex Pistols Experience spent three & a half month’s touring extensively around the U.S.A – from East to west – New York to L.A, & North to south from Seattle to El Paso’ & back again! Proving, beyond doubt they really are, not just the U.K’s, but the World’s No1 Sex Pistols tribute troupe!

Subkultura Booking have announced now the tour dates for the Europe tour 2016. You can find the dates below: 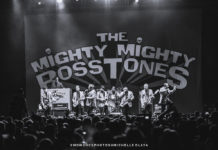 THE MIGHTY MIGHTY BOSSTONES – Interview with the Ska-Punk-Legend 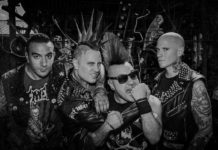 Interview with THE CASUALTIES to „Written In Blood“