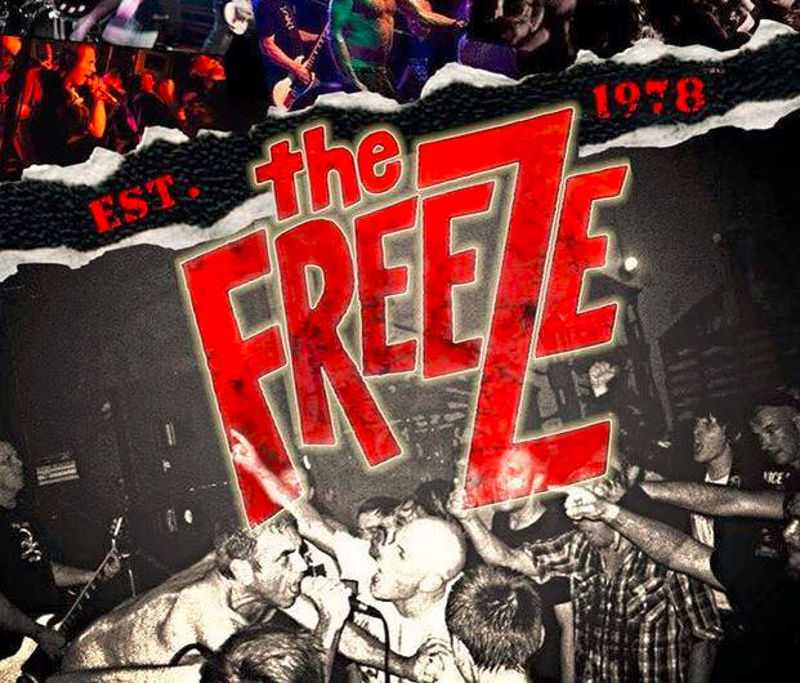 The legendary The Freeze who took part on the classic complitation This Is Boston Not LA will come to Europe to tour from 9th till 25th October. We had the change to made an interview with Clif Croce, the only left founding member of The Freeze.

I never read before that The Freeze playing in Europe. So is it the first time you’re here on tour or were you here before? If yes when and how was the experience you making here?

Clif: Thanks for the opportunity to do this interview. Personally, this will be my 7th European tour with The Freeze. Every time has been both significantly different as well as enjoyable It’s impossible for me to expect anything less this time.

How came it that you playing this tour? And how is the line-up of the band at the moment? Clif you’re the only member of the original founding line up, am I’m right?

Clif: You’re correct. This lineup has been playing together for years and I can promise that both you and the fans will NOT be disappointed!

You have finished a new single. Can you tell us more about it? What can the listeners expect on it, when will it release and so on?

Clif: I know it’s taken a little longer than expected for us to release a new single, we’ve finally finished it. Most importantly, I feel it equals, if not surpasses anything the band’s put out previously. Expect a release date of around the first of the year. It will include a new song „Someone’s Bleeding“, a cover of  „No More Idols“ by one of Boston’s original (and underated) Punk band’s, The Nervous Eaters as well as one or two as yet unreleased „Live Tracks“.

You also plan a The Freeze Best Of release. Is it available for the visitors while the tour? And was it difficult to pick out the best songs from over 30 years band history?

Clif: All I can say is „Finally“… It will be called „33 1/3 Years of Defiance“ and has been in the planning stages for, what seems, almost that long. It will include 20 plus tracks, a combination of both fan favorites as well as our own…starting in 1980 with „I Hate Tourist’s“ and covering everything since…

Many Europeans know The Freeze through the legendary Sampler “This Is Boston Not LA”. Can you tell us more about how it came that you take part on this sampler and could you expect at this time that this sampler become so much important for the whole hardcore scene?

Clif: First allow me to explain that our song „This is Boston, Not LA“ was never expected to become the title song for that compilation and was never meant to stir up any rivalry between scenes. It was simply a clever marketing maneuver by the label, Modern Method. I wrote the lyrics as a message to the still forming Boston Hardcore bands that creating a unique identity (vs cloning one from LA’s already well established scene) would be far more satisfying and respectable in the long run.

What changed over the early 80ties till today? What time do you enjoyed at most and which period was the worse in your opinion? Why especially this times?

Clif: What’s changed? I think that as we’ve gotten older we’ve also gotten better at what we do, and „what we do“ is simply, The Freeze.

Do you have plans after the tour and after releasing the new single? Do you plan another tours and maybe a new full-length?

Clif: We have more plans for the future than ever before. Once we return from Europe we’ll be concentrating on finishing writing the songs that will included on a new full length release… Then in February and March we’ll be undertaking our most extensive U.S. tour ever. We’re happy to announce that Ken (Goonie) Fleming, ex – SNFU will be joining the band as our permanent bass player beginning then!

What do you make besides making music with The Freeze? Have you steady jobs and what do you do in your spare time?

Clif: Besides (unsuccessfully) attempting to remain unshackled by Arizona’s absolutely barbaric and inhumane legal system, I spend most of my spare time volunteering for Animal Rights organizations…