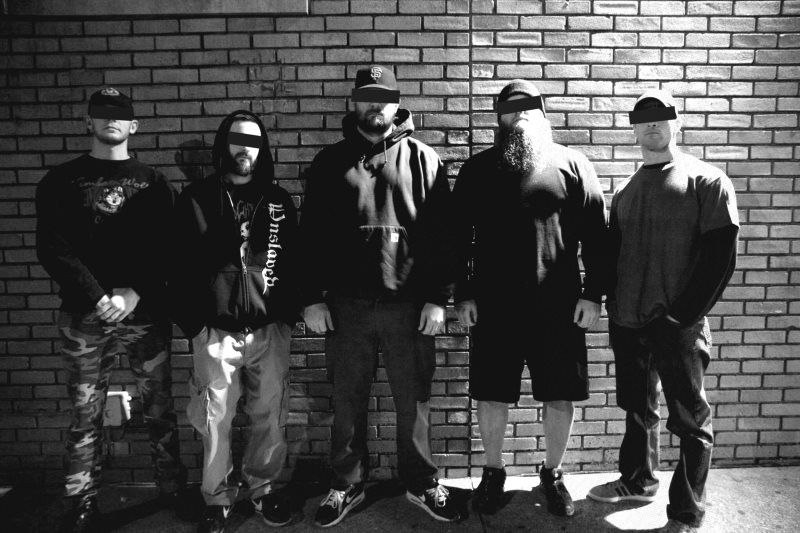 The beatdown band Enemy Mind from Pittsburgh (USA) has been around since 2007 and has been able to release a self-titled album (2013) and a split EP since then. After they broke-up short after the release of their debut, Enemy Mind is now back with a new album „No Safe Place“ which will be released on Beatdown Hardwear at the beginning of February.

We could talk to Enemy Mind guitarist Andy Kichi in an interview about the new full-lengthand the plans of the band.

Interview with Andy of Enemy Mind AFL: Hey how are you? On 3rd February (CD-DIGITAL) and 17th March (VINYL) you will release your new album “NO SAFE PLACE”. The first ENEMY MIND record since a couple of years. Why has it been taken so long to release your new record?

We actually broke up for a little while and didn’t play shows or really write any music. When me and Mike decided to start doing EM again, a couple years ago, that’s when I started writing the music for No Safe Place. Since we have jobs and regular lives, sometimes it takes a while to get shit done.

AFL: Is there any deeper meaning behind the album title? It reminds me personally on the “problem” of violent dancing on a beatdown show. How do you see violent dancing, when people risk to hurt other people at a show?

We had a couple ideas for the album a little while back. We were going to call it “No Lives Matter” but we felt like a lot of soft people might get their feelings hurt. No Safe Place is kind of making fun of those same soft people who say they need their “Safe Space”. As for violent dancing, I think it’s always going to be there. New generations of kids are coming to shows now and just continuing on with it. It’s part of the genre we play in.

AFL: Which themes do you treat on your new record and where do you get the inspiration for them?

Mike writes all the lyrics, except one song on the new album called “Word to God” which was written by Jim Beach from Tomorrow’s Victim, and Pyrexia. To me it’s more of an album about the overall hopelessness of life. The music is more of a death metal feel to it, which has always been on the surface of EM’s sound since my influences growing up were Cannibal Corpse, Deicide, bands like that.

AFL: How distinguish the new LP from your older releases in your opinion? What can the listeners expect?

This album is more technical and metal driven. It’s a lot different that the first releases we had. I wanted to try and write a more intelligent album then the usual beatdown style. People can expect a lot of groove oriented parts and a more brutal vocal attack than before.

AFL: Which bands and music do you count to your influences and how would you describe your music?

Me personally, I like a lot of death metal bands. Bands like Deicide, Cannibal Corpse, Decapitated, and Obituary. We all have different influence in the band though. Mike is more of a hip hop and slam band influenced person. You can kind of hear the hip hop influence on this new album in the vocal approach. Our music as a whole is hard to describe. It has parts that sound beatdown, and then it has parts that are straight up death metal.

AFL: “NO SAFE PLACE” will be the first ENEMY MIND record that will be released on BDHW Records. How came the contact between you and the German label?

Our singer Mike was in contact with Toni from BDHW and mentioned that ENEMY MIND was releasing a new record. Toni was interested in releasing it, and the rest is pretty much history. BDHW seemed like the perfect fit for us

AFL: What plans do you have in the next times after releasing “NO SAFE PLACE”? Plans to come over to Europe?

We would like to get to Europe eventually. Hopefully if BDHW has a fest or something like that, we could build a little tour around that fest. There are a lot of bands we would like to do shows with out there.

Man…probably Dying Fetus. I think we would fit well with them in a musical sense. They have a lot of those groove parts and are heavily death metal oriented.

AFL: What five records are your favorite ones at the moment?

No problem. Anytime. I just wanted to say thanks to anyone who’s ever supported us. We hope you like what we have coming up in the future.