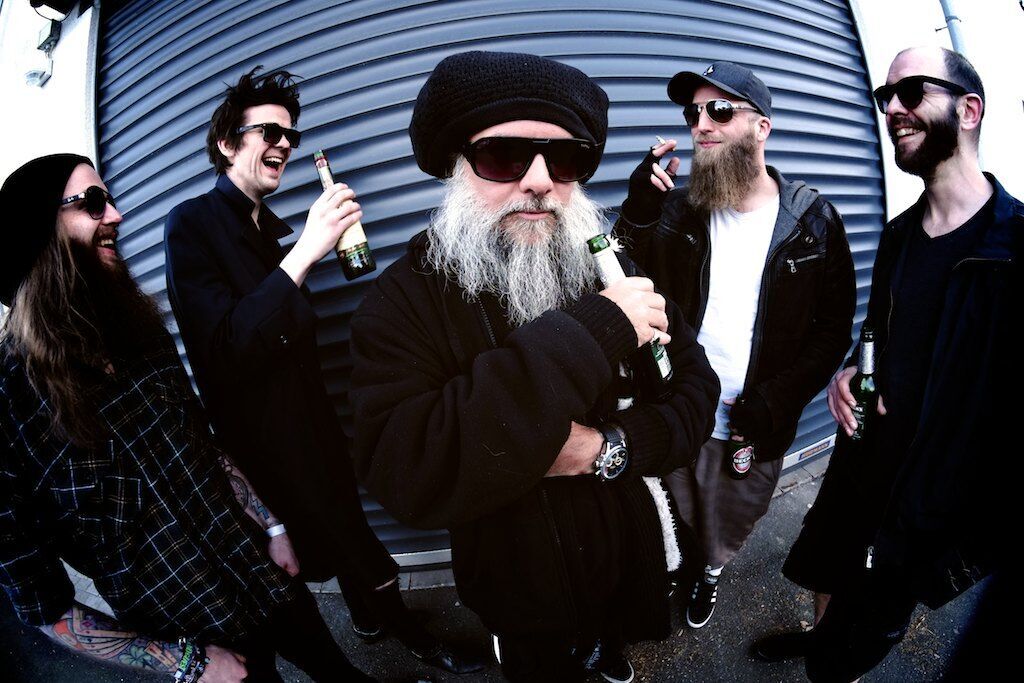 Interview with Jay of Jaya The Cat

The Reggea-Punk Band Jaya The Cat will hit the road at the end of the year and will play together with The Tips 5 shows in Germany and the Neatherlands. Bassist Jay announce in an interview a new album from Jaya The Cat in 2016.

„we’re trying out new songs live and are almost ready to start recording so a new album will definitely hit the shelves next year!“

AFL: Hey how are you? Firstly thanks for taking time for the interview! At the end of the year you will play 5 shows in Germany and Netherlands. You’re looking forward? Jay: Hell yeah man! We do this every year and it’s always a great party. In the past we’ve even done some X-mas covers like Mariah Carey or Chris Rea, but this year it’ll be just Jaya stuff. With some new unreleased material in there as a special treat!

AFL: The Tips will you support for this tour. How came the contact between you and The Tips? And can you introduce the band short?

Jay: The Tips are great. I don’t even remember how we met but we’ve done tons of shows together over the last couple of years. To me they sort of sound like a mix between Sublime and Living Colour. Good songs and a killer guitarist!

AFL: If you can choose a further band which will come with you on tour which band would you take?

Jay: There’s a band from Holland/Chile called Tentempies who we really like at the moment. Also The Skints from London, but they might already be getting too big to open up for us. Anyway, check them out!

AFL: On which city or location you’re looking forward most?

Jay: I don’t wanna be partial to any city here but I do have to say Cologne has always been one of our favorites in Germany. It was the first big city where we started selling out venues and there’s always a great after show party. A few years back we even celebrated The Germ’s bachelor party there.

AFL: What do you like when you’re on the road with Jaya The Cat? Are there also some things you don’t like less on touring?

Jay: The best part of touring has to be that you get to party in a different town every night with the right kind of people. The only downside is that it sometimes takes us a whole day in the van to get there but we have ways to make that enjoyable too.

AFL: Your latest full-length “The New International Sound of Hedonism” is now three years ago. It’s time for a new full-length, isn’t it? Have you plans to release a new album in the next time?

Jay: Yes. Like I said, we’re trying out new songs live and are almost ready to start recording so a new album will definitely hit the shelves next year!

AFL: Since 2003 you live in Amsterdam and leave Boston. How came it? Would you do this step again? And are there some things you missing on Boston?

Jay: If I may speak for my American bandmates (Geoff and The Germ), they moved cause it’s more fun playing in Europe. And sure they miss their families but they wouldn’t move back if they can help it.

AFL: Have you plans to come back to the USA? Maybe for a tour?

Jay: No plans right now, but when the new album hits, who knows!

AFL: Which bands and music do you count to your influences and how would you describe you music in three words?

Jay: The Clash has always been our main influence. Jaya the Cat is Drunk Rock Reggae.

AFL: Where do you see Jaya The Cat in 10 years?

Jay: I don’t know, our fanbase seems to still be growing everywhere we go so in 10 years we should be the be bigger than The Beatles if my calculations are correct, haha!

Jay: I like Nathanial Rateliff and the Night Sweats right now. And the new Skints album (FM) is really good too.

AFL : Thanks for the interview Jay!