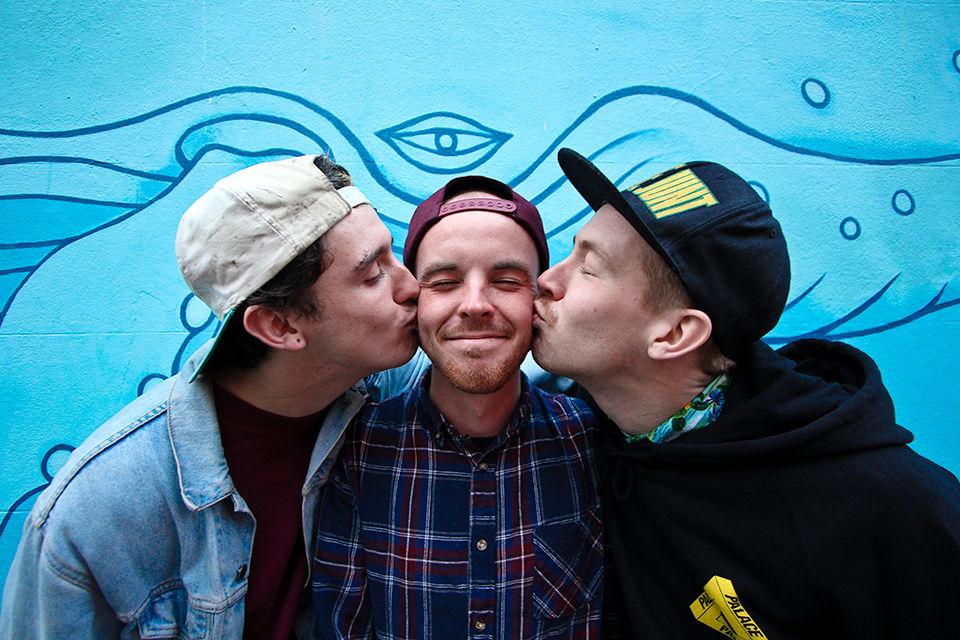 AFL: Hey what’s up? You announce a lot new the last time. A new EP, a Europe mainland tour and a brand new video. It seems you have big plans for the end of the year?

Charlie: Yeah everything’s good thanks, I’m just chilling before this mainland tour. We tend to always end the year with a mainland & UK headline with some cool supports. It’s like a tradition now haha. Our self-titled has been over a year old now so we thought we’d better put out some new music, so we wrote a four track.

„We want to be noticed as a punk rock band not a pop punk band.“

AFL: Great! On 13th November you will release the EP Adolescence which will include 4 new GNARWOLVES tracks. You have said that the EP will have a heavy DC hardcore influence. Which bands do you hear in the van und what can expect your fans of the Adolescence ?

Charlie: We’ve always been big fans of the 80/90s hardcore movement but I wouldn’t say it’s been as obvious in our previous records. This record was us throwing more influence from bands like Dag Nasty, Fugazi & Adolescents. We want to be noticed as a punk rock band not a pop punk band.

AFL: On the track Blondie you say something about a surprise. Will it a Blondie tribute song or a Blondie Cover? Or something complete different?

Charlie: Thom wrote this song but I think his intention was for it to be more of a tribute than a cover.

Charlie: Yeah really looking forward to it, we’ve got our buddy porter driving with his swift new van so it’s going to be real fun. I really like Budapest, it’s beautiful & also we’ve got three shows in Italy which I’m really happy about. I like most things about being on the road, especially Europe. Tasty beer, delicious kebabs, friendly people & rad skateparks! The things that ain’t fun are obvious really. Long drives, stinky socks & hangovers. Haha

AFL: Will you play the tour alone or will go another band along with you? If you could choose with which band you can go on tour which band would you choose and why?

Charlie: Nah we bring supports along most of the time. If I could tour with any band it’d probably be Suicidal Tendencies or Pennywise, they were the first bands that got me into skate punk & have influenced me from a young age.

AFL: How you spend your time on tour? Just the usual things like hearing music, eating, drinking and sleeping or do you do something special?

Charlie: We skate a lot. We try to look for skateparks in the area & go shred til the show. The beauty of venues in Europe is that most of them have a skatepark!

AFL: What is for you the perfect GNARWOLVES show? I saw you this year at the Groezrock and I think it was quite perfect!

Charlie: Groezrock is pretty much the perfect show. Great stage for punks to do their thing & a great lineup. That’s all it takes really!

AFL: I agree! What do you do besides making music with GNARWOLVES? What are your hobbies besides skating and have you steady jobs?

Thom has a job working in mental health, Max has just started driving bands around & I run a Zine/distro called heshones. I’m a big fan of record collecting & skateboarding, so most of my free time is spent on that. We all live next to a beach so we’ve done quite a bit of swimming this year & had sick BBQs.

AFL: Thanks for the interview guys! I’m looking forward of November! The last words are up to you!

Thanks dude & thanks to all the euro CRU for keeping it moshy & drunk. SKATE ALL THE TIME, GRIND TIL YOURE BLIND!