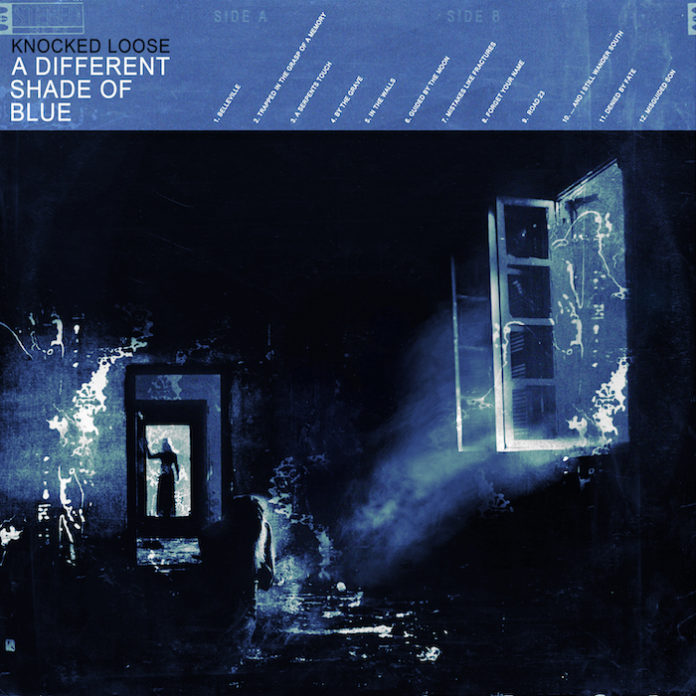 Knocked Loose have made themselves a name in the Hardcore and Metalcore scene over the past few years with their tremendous presence on stage and their former albums.

Within their brutal sound they’re uniting Metal, Youth Crew, Screamo and Am-Rep-Style in such an organic way that they effortlessly break genre boundaries. But who needs genres anyways? Knocked Loose simply create something of their own. 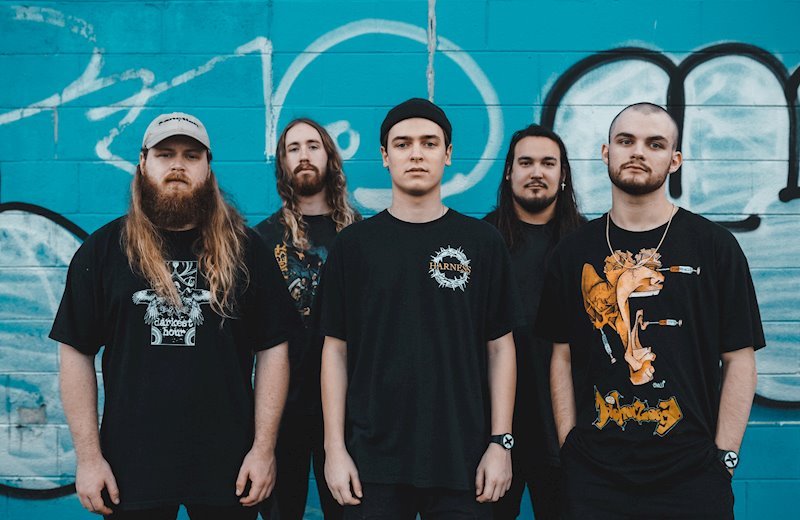 Due on August 23, 2019 via Pure Noise Records, A Different Shade of Blue is the mammoth and hotly anticipated follow-up to their 2016 debut, the head-turning Laugh Tracks.

Knocked Loose don’t seem to give a fuck about these high expectations and just keep doing their thing. And they’re doing fine. Even if they do it differently than before. Recorded by producer Will Putney, the new LP was approached slower and more methodically than the band’s last smash effort, abandoning the previous “live in studio” recording approach for something more deliberate.

Under Putney’s direction, the band cranked out twelve new tracks that deal with all manners of anger, especially loss in lieu of absence. Vocalist and lyricist Bryan Garris initially felt blocked heading into the studio but eventually found catharsis, as well as some of his most intensely personal lyrics to date.

A Different Shade of Blue blends all the different musical influences that define Knocked Loose. They’re incorporating Gothenburg-style Death Metal (At the Gates, early In Flames), Slam Metal (Devourment, Dying Fetus), blood-thirsty Thrash (Sodom, Kreator), Black Metal (Craft) and the mind-boggling complexity of latter noisy Hardcore like Snapcase and Bloodlet. Knocked Loose are taking all of these styles to create their own and to bring Hardcore to the next level.

Unbelievable which power the guys are serving up here. Bryan Garris‘ voice is heart-piercing, turning in the whole range. With guest vocals by Emma Boster (Dying Wish) and Keith Buckley (Every Time I Die) Knocked Loose are enhancing their somehow experimental Hardcore style even more and show what Hardcore means to them.

The songwriting has grown. Garris‘ incredibly versatile voice, pit-ready riffs, and sometimes brutal, sometimes doomy drums are creating a boiling-over pot of vitriol. This is sort of Death-Metal-Scream-Gaze-Core or whatever.

It’s hard to describe these songs in detail. You just have to listen to them by your own!