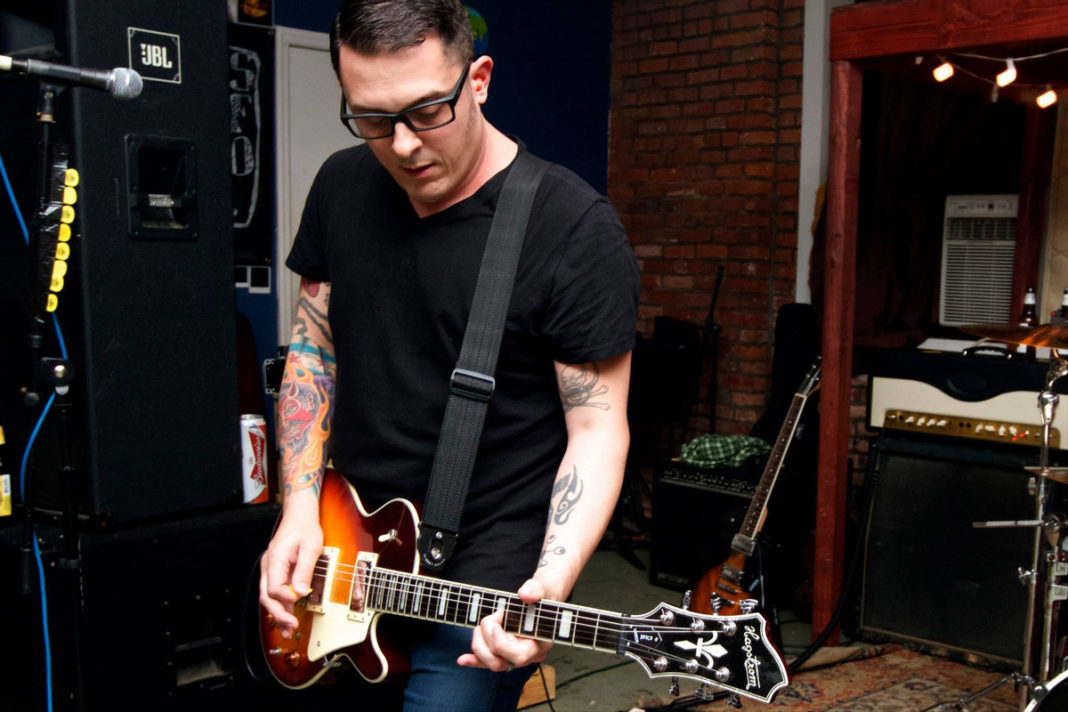 AFL: Hey Scott! How are you? Firstly thank you for taking time for an interview. Please introduce short yourself. Since when do you make music?
Hey, thanks for having me. I’m Scott, the lone member of Resistors. I’ve been making music with myself since 1979. I put together a live version of the band with my friends, but the record is just me. Mike from Habits also did some backups on a couple of songs.

AFL: Which bands and music do you count to your influences and how would you describe you music? Which three words fit best to RESISTORS in your opinion?
The biggest influences for this band have been BAD RELIGION, 88 FINGERS LOUIE, and a lot of the melodic punk that came out in the 1990s. The three words that describe Resistors would be “hopefully not terrible.”

AFL: Where else does the band usually get its inspiration from? Which themes you’re treaded? Do you write the lyrics together or is there only one responsible?
I’ve never been a great lyricist and I’m definitely not a poet, so I try to write about things that matter to me and hope that other people give a shit and can relate. Lately it’s been left-leaning thoughts and trying to balance being an aging punk rocker with doing adult stuff.

AFL: For some month you released you new album DRAG. What can the listeners except on this release and how is the feedback you get so far?
It’s a pretty short twelve song, thirty minute record that I like to think rips. Some people may agree and some people may think that it is twelve songs and thirty minutes too long. It has a 90s Fat Wreck feel, but it’s not really written from a place of nostalgia. I grew up listening to and writing these types of songs, so it’s really all I know how to do. The response has been pretty good so far.

AFL: You are also part of the upcoming compilation for the FAT WRECK documentary and cover for it a GOOD RIDDANCE song. How came it to it and do you know more when the documentary should be released?
RESISTORS was pretty much dead and my friend Jay mentioned that someone was working on a killer Fat Wreck documentary and that they were doing a tribute comp to coincide with the documentary’s release. So I recorded my favorite Good Riddance song and sent it in. For whatever reason they didn’t think it totally sucked and I made it onto the comp. I’m not sure when the comp or the documentary are coming out, but you should check it out at www.afatwreck.com.

AFL: Are you planning a tour in the next times? Maybe Europe?
No touring is really in the cards at this time. I wish RESISTORS could make it out to Europe and I’m not saying it’ll never happen, but it’s tough.

AFL: What do you like most on Punk-Rock and what you missing sometimes in the scene?
For me, punk rock has always been about making honest music and having an open mind and pushing progress. Punk rockers also tend to give a shit about the world and the people in it. As far as the scene goes, I don’t know that I’m really missing anything in the scene. I think that the underground has really gotten stronger since punk rock got so big, and the technological advances have made it much easier.

AFL: What are your favorite bands and records at the moment? And what are you all-time favorite songs?
Lately I’ve been listening to Counterpunch’s new record, which just totally slays. All Eyes West recently put out a record called “Doomer,” and it really whips the llama’s ass. I’ve also been listening to a lot of The MC5. My all-time favorite songs would have to be “The American Ruse” by The MC5, “Modern Man” by Bad Religion, and “I Wanna Touch” by The Hellacopters. Oh, and “Panama” by Van Halen – that has to be on the list.

AFL: What are you doing otherwise besides music? Work? Hobbies?
I’m pretty one-dimensional, as most of my life is consumed with music in one way or another. I record bands and play in a couple of bands. When I’m not making music, I’m thinking about finding a way out of whatever I’m doing to make music.

AFL: What are your plans for the near future and where do you see yourself in 10 years?
In the near future, I’m probably going to take my dog for a walk and then take a nap. Then I’m going to make a record with my actual band, Bound & Buried. After that probably another RESISTORS EP at some point later this year. In ten years, I hope to be playing drums in AC/DC.

AFL: Final words and greetings?
Check RESISTORS out at www.resistorsbrooklyn.com. And in the words of Blaine Cartwright, keep on fucking!