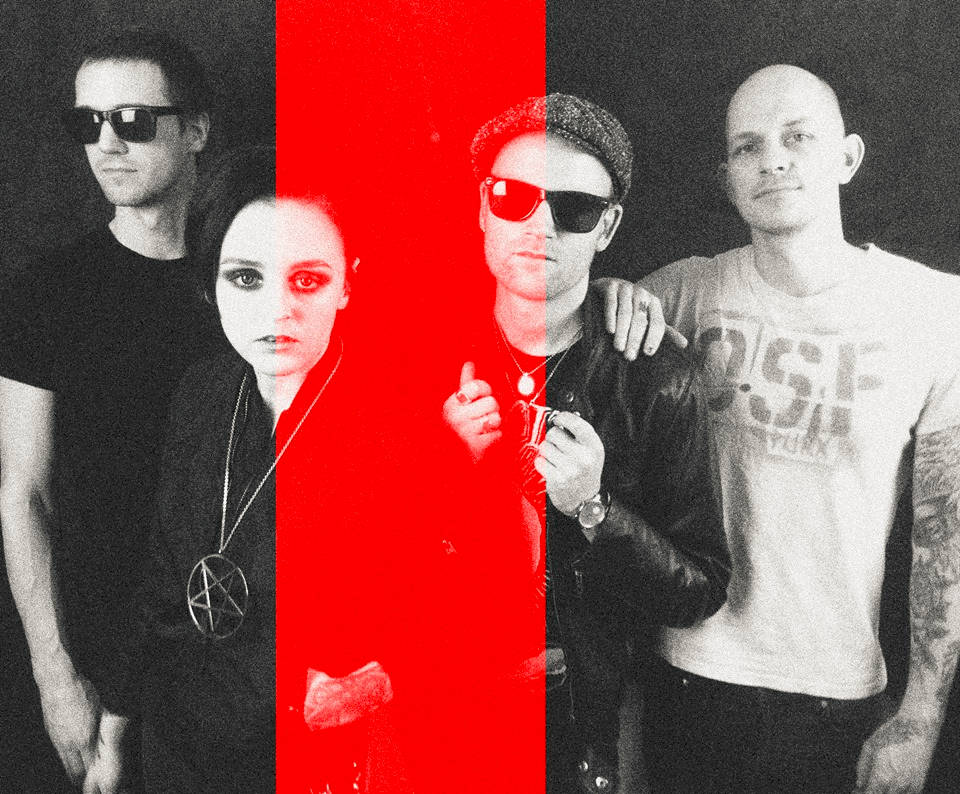 Don’t support the band! The band will play 2016 on the GOND festival. It’s a festival for the German right open band Böhse Onkelz!

AFL: Hey there! How are you? Firstly thank you for taking time for an interview. Please introduce short yourself. Since when do you make music together? How many members you are and so on?
Hello! We’re exhausted like always…haha! The Headlines is a punk/rock band from Sweden. We are a four piece band and have always been a guy/girl constellation. The headlines started in 2006 and have released 4 albums so far, even though the two latest ones are more how we sound nowadays since we started out sounding a bit more folk/rock/punk and moved more into a sort of Bad Religion/Rancid way with our new release “Vendetta”.

AFL: Which bands and music do you count to your influences and how would you describe you music? Which three words fit best to you?
The Clash, Ramones, Bad Religion, Rancid, Against Me! And early Green day. Our music is a punk/rock/pop fusion with no bullshit and (hopefully) some meaning. Rough but melodic. Emotions, passion and drive.

AFL: Last year you’re release the single ‘Alles was war ‘. How came it that you sing there in German?
We have always been touring a lot in Germany and we love the country like our second home. Kerry got suddenly so great at the language that we wrote a song and tried to give something back to the german audience so they could relate easier to us.

AFL: Your new full length VENDEATTA is since February available. How satisfied you are with the album and what can the listeners expect on it?
We are very satisfied that it turned out the way it did, things were a bit shaky for a while since this time we wanted to do something different and used 3 or four different studios in Sweden, Denmark and USA. We wanted more dirt on this record and it sounds very live and cool. It’s definitely more Bad Religion oriented this time…and the lyrics became very true in the end. It’s got pop, punk and rock in there….very varied sounds. David Bowie punk almost.

AFL: Where else does the band usually get its inspiration from? Which themes you’re treaded in VENDETTA?
We sing about what we feel like, we don’t believe in some certain conformity, so it’s a widespread mix of love, friends, injustice in the world, blood business and war.

AFL: Is there also a tour in pipeline? I read you’re playing a few shows in Chine…how did this come about and what do you expect on this tour? Playing shows in China is for a European band yet quit unusual.
So far this year we have done 14 shows in Germany and then we went straight to China and did 15 shows. China is still a diamond in the rough with a very interesting and growing punk scene. We got offered a tour by Hot Pot music agency when they heard our third album and we decided to go. We are explorers! It’s far away from everything we know and it was an amazing experience.

AWL: Sweden is quite popular for his very good Punk-Rock / Hardcore bands. Especially for a relative small country there are a lot of very good bands. How it came and how do you see the Swedish scene at the moment?
We had good bands, Refused, Millencolin, Bombshell rocks and The Hives. I personally think Sweden is a bit overrated, I don’t know any new good bands from Sweden except some in our hometown at the moment maybe.

AWL: What are your favorite bands and records at the moment? Is there any inside tip from Sweden at the moment?
There is a compilation you could check out “Turist I tillvaron” it has been released in 7 or 8 volumes….there are some Swedish nuggets!

AFL: Here are some tags. What do you think about it?
Ibrahimovic: The best ‘rags to riches’ story ever and of course our football jesus!

AFL: What are your plans for the near future and where do you see yourself in 10 years?
10 years??!! Wow we can’t even see 10 days…haha! We will hit some festivals and plan other great adventures, hoping to go back to Asia not so long down the road…!

AFL: Final words and greetings?
Keep pushing music with meaning, life is too short to be a zombie! And thank you for this interview!!