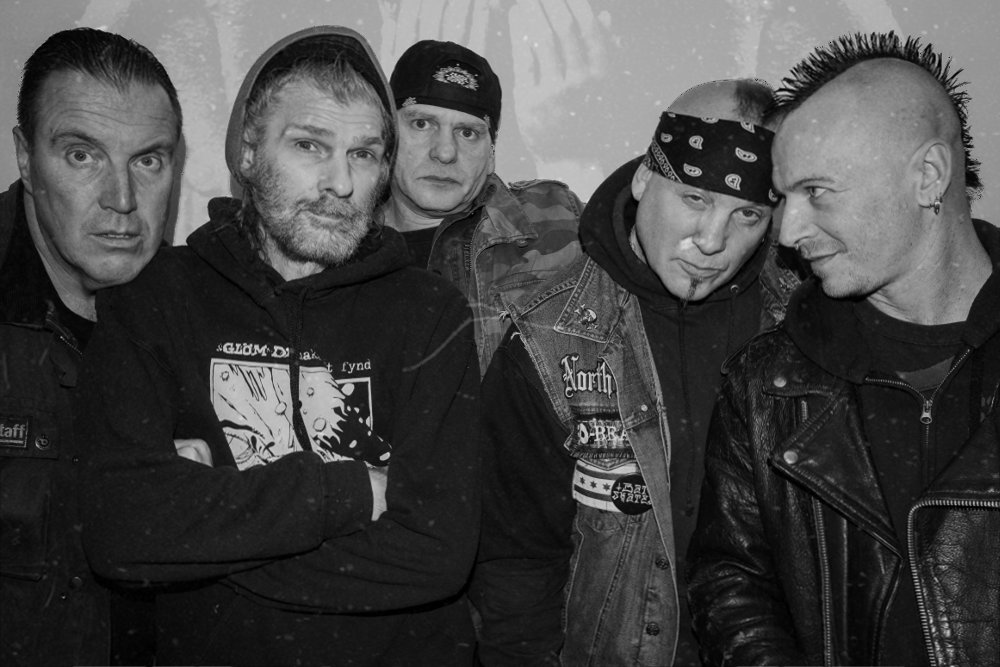 Facebook
Twitter
Email
Pinterest
WhatsApp
The founder of the D-Beat Discharge is back. They are releasing there first album in eight years „End Of Days“ on Nuclear Blast Records, at the end of April 2016. It’s also the first record Jeff „JJ“ Janiak on lead vocals, since he joined the band 2014. We were abel to ask Jeff a few questions about the mythos of Discharge, what plans the band has in store and about the new album „End Of Days“.

AFL: Hey Jeff how are you? First thank you for taking time for the interview! You will release on 29th April your new record End Of Days. Will it a classic Discharge record? How satisfied you’re with the album?

Jeff: Hiya, I’m good thanks. Yes, were all very satisfied with how it turned out. There’s not a song on the album I don’t like but it’ll be up to the fans that ultimately decide if it’ll be a classic or not, only time will tell.

AFL: End Of Days is the first Discharge record after eight years and the first release with you on vocals. How distinguish End Of Days to Disensitise and other releases?

Jeff: It’s a lot different from our latest album Disensitise both vocally and musically. We really cut it down to basics on this album…less is more!

AFL: You join Discharge in the year 2014 and replace Rat on the vocals. How came it to join the band?

Jeff: Rainy (bassist) had asked me some years prior to Rat leaving, although we couldn’t make things happen at the time, but when I heard Rat left I had a feeling I was gonna be getting a phone call.

AFL: Since 2014 you’re also a five-piece. What have changed for Discharge is one more guitar in the band?

Jeff: Yeah, the original drummer Tezz has come back into the band, but he’s moved onto rhythm guitar now which really beefs the sound up.

AFL: Where the songs for your new record already wrote before you join the band? Or do you wrote the lyrics for the songs?

Jeff: Yes I wrote the lyrics for the album. We didn’t start writing the album until about a year after I joined, everyone took part in the music.

AFL: Which themes you are tread in End Of Days? You already announce that you tread sociocritical themes which is typic for Discharge.

Jeff: It’s a lot of socio-political themes, some may call it conspiracy theory but i like to call it truth theory.

AFL: Must be punk and hardcore always political?

Jeff: No, it doesn’t have to be political at all, there’s no rules in punk. If it was all political it would be boring, need a bit of diversity

AFL: The album will be released by Nuclear Blast. How came the contact and why you choose this label?

Jeff: They approached us after we self-released our video for New World Order and we thought it was a good label to work with. We have a lot of friends that play in bands that are on the label, and they all had really good things to say about Nuclear Blast so we decided to work with them. They flew us out to Germany to meet everyone at the label and through a pretty crazy party for us, it had a real family atmosphere to the place, felt really welcome.

AFL: You will play this year also a lot shows. As many as long no longer! On which shows you’re looking forward most?

Jeff: Yeah we have a couple of tours in the works at the moment but I can’t confirm it at this point in time so we’ll see how that plays out. We’re playing Hellfest in France this year with Black Sabbath so definitely looking forward to that, Maryland Death Fest in the USA should be a good one and Rebellion Festival as always. We’ve got loads of gigs and festivals booked this year, can’t keep up with them all

AFL: 2014 you play the Black & Blue fest in New York. If I’m right it was your first US show since years. Which experience could you make there? The Black’n’Blue is maybe more a typical US hardcore fest. How was the audience? How you were taken from the audience?

Jeff: I can’t answer that one as I wasn’t in the band than, Rat was singing for Discharge than.

AFL: Which bands and records do you listen currently?

AFL: Why not, haha! Thanks for the interview Jeff.