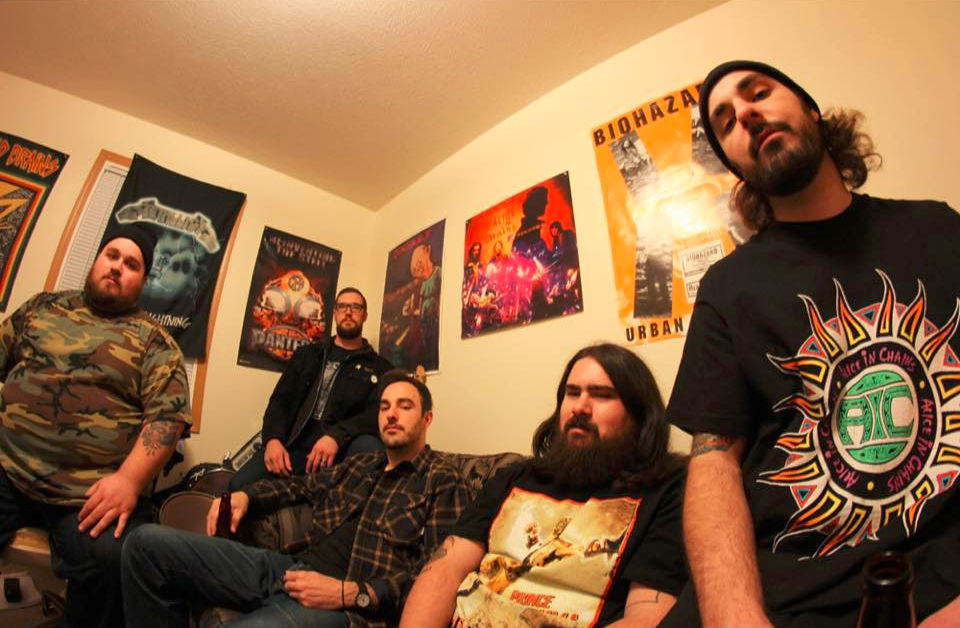 Interview with the US hardcore band BENT LIFE about their new record „Never Asked For Heaven“ which was released in August 2016 via Bridge Nine, the future plans of the band and hardcore.

AFL: Hey, how are you? Your new full-length “Never Asked For Heaven” will be released on 5th August 2016. How satisfied you’re with the record and how distinguish the new LP from your older releases in your opinion?

TL: Hello AFL, I am hot because it’s been 90-100° or like 32-37° (if you’re literally anywhere else expect America) here for the last 2 weeks. Miserable heat. Hope you’re good and not hot. We are extremely satisfied with the new LP. I know every band says they worked hard on their releases and at this point saying that almost seems required. But we sacrificed relationships, health, and sanity to finish this thing. So hopefully it doesn’t suck. It’s absolutely a different feel from our previous releases. I think it will surprise people in a positive way. We definitely wrote the record from the perspective that it would sound awesome in your basement at a party or in massive stadium. But it’s still very much a Bent Life record.

AFL: Is there any meaning behind the album title and the cover of “Never Asked For Heaven“?

TL: The album title ended up coming from the lyrics in the first song on our LP, which is called ‚Lock‘. It’s just a play on not asking for too much. Bent Life has always been a band that does things our own way, without kissing ass to get ahead or faking where we come from to seem cooler to someone else. We’re only interested in playing hardcore music and having a good time, we don’t really ask for much else. And we wanted to do something different with this record, all across the board, so the album title just made sense. Same goes for the cover art. We wanted something that we’d never done before, something ambiguous that will stand out. We had friends help us do all of the artwork/photography for the record and it turned out so cool.

AFL: The record was produced by Terror drummer Nick Jett, who already worked with a lot other bands. Which experience you made with Nick and how could he help you with “Never Asked For Heaven”?

TL: Working with Nick Jett was awesome. We spent 2 weeks in Los Angeles slowly working on the record.  It was a nice laid back process. Nick helped us take the ideas we had and make them into cohesive songs. He was a great producer because he pushed us to really think about the songs and try to structure them and think about them in different ways, but he never took over and said it was gonna be his way or nothing. He really helped us explore each songs full potential and on top of that he made the record audibly sound incredible. And he never got mad when we were never ready on time, which was an added plus.

AFL: How would you describe your sound and which three words fit best to BENT LIFE in your opinion?

AFL: Which themes do you treat on “Never Asked For Heaven” and where do you get the inspiration for them?

TL: The record turned out to be introspective and has a lot of reoccurring themes on it. We had a pretty hard time writing it and that’s definitely why we had put off writing an LP for so long, we never really felt ready. We all experienced crazy writers block, hit low points, scrapped half a record and started over, thought about quitting altogether, experienced friends and family dying during the process, and ended up coming out in the end with a record that we feel is far better than anything we thought we’d come up with. A lot of the record is about hitting rock bottom and returning stronger than before. Themes of self-reliance, living life your own way, while also touching on topics like fair-weather hardcore kids and bands who act like you should be thanking them for being there only to drop out a year later, and losing someone close to you.

AFL: “Never Asked For Heaven” will be released on Bridge 9 Records. How came the contact between you and the label?

TL: We contacted B9 early in 2015 about working together and they were instantly down and we started talking about doing an LP. Unfortunately for them we had zero songs written and would take a full year to finish writing. But luckily everyone at b9 is awesome and patient and let us take our time.

AFL: Do you remember your first contact with hardcore? What brings you in hardcore and punk-rock?

TL: I was introduced to punk and hardcore at a pretty early age. My friends brother showed us MXPX when I was in the 3rd grade. From there I found every other punk and hardcore band people find when getting into this stuff. I’m a lifer aka loser. I’ve been playing and going to shows since I was 12. This is all I know.

AFL: What plans have you next with BENT LIFE? Is there a European tour in pipeline?

TL: Before the record comes out we’re doing the final Midwest shows Weekend Nachos will be playing before they break up. We’re planning a US tour for the Fall and are in talks with some people about coming to Europe and the U.K. Spring 2017.

TL: I would choose to play with Metallica in Seattle while they were recording Live Shit: Binge and Purge, or with George Strait at his final concert at AT&T Stadium.

AFL: Most people would name cities like New York, Los Angeles or Boston when they think about US hardcore. Is there in Lincoln also a big scene?

TL: There is absolutely no hardcore scene in Lincoln, Nebraska. There is a good scene in Omaha, Nebraska, but not really for the style of hardcore we play.

AFL: What are your favorite bands and records at the moment? Have you any inside tip from your home Lincoln, Nebraska?

TL: My current favorite releases of 2016 are:

TL: If Donald Trump is elected President of the United States, please know we had nothing to do with it.

HC History The Beginning Of Everything: #13 with CROWNED KINGS