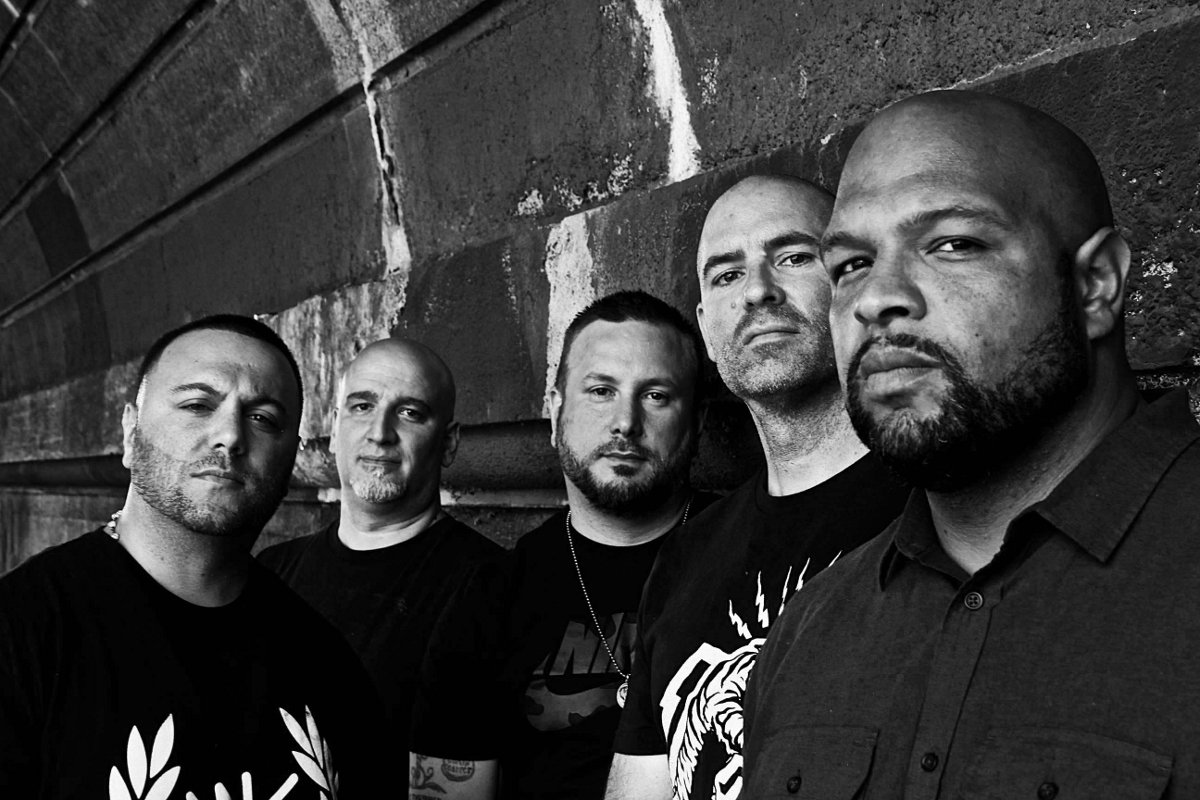 AFL: First congrats to your new album! How would you say distinguish your new record from your older releases, especially the predecessors The God Rhythm?

Richie: Well, we hope we have better songs, a better production, and a cooler vibe.  I think this album is similar to our older efforts, just better.  We had a lot of fun writing and recording these tracks.

AFL: In hear so many influences in your sound – be it hardcore, punk and metal! Where do you get this influences? Is it that everyone of you is hearing a different kind of music and every member bring his own style of music in the sound of the band?

Richie: We are fans of music, all sorts of music.  We all do bring our own elements into song writing.  We start with good riffs, if we like the riff, we build a song around it.  Regardless if the riff resembles metal, punk, Hardcore, Oi, rock, or whatever.  From there, the songs develop into whatever they will be.  We aren’t worried about the style they may land into as far as genre, we are only concerned that we like the song itself.

AFL: Could you name 3 to 5 bands which influence WISDOM IN CHAINS most?

AFL: What exactly means the title Nothing in Nature Respects Weakness of your new full-length?

Richie: Wherever you look, you realize that nature is strength, it can’t be harnessed.  Nature will destroy a weak dam, nature will demolish the poorly built home, nature will grow over neglected areas.  Nature has no respect for weakness, and it will destroy it.  Nature also includes human nature.  It’s a term we heard in a rap song, and it stuck with us, because ultimately it is completely true.  Without preparation, and strength, you will get buried alive in the world.

AFL: Who is the guest singer on the ballad Halfway There? How came the song together? It is everything else as a typical hardcore-punk song!

Richie: She is a friend of ours who is in a successful cover band here in America.  We have always been a fan of moody ballads.  Lyrically the song is about our singers sister, so the female guest vocalist makes sense.  That song is my personal favorite on the album.  It wouldn’t be a song we play live, but it has its place on a album.  It completes the trip.

AFL: Nature Respects Weakness will release by Demons Run Amok Entertainment in Europe. Your first release on the label! How came you together and how is the work with the label so far?

Richie: We made the deal through our America label Fast Break Records.  We wanted help in Europe, it’s very important to us over there.  So far they have been great.

AFL: This year have been already released so many great releases of big bands like Madball, Slapshot or Pennywise. What was your favorite record of 2018 so far? And which band should also release new music in 2018?

Richie: Also Sick of it All, and Terror have new albums out this year.  It’s an amazing year.  I’m most excited for SOIA, Terror, and Madball.

AFL: Sick Of It All too? I hope so – I only read they working on new songs!

You’ve played our Stäbruch Festival 2016 and 2017. Which experiences could you make? Have you any special story to share?

Richie: Yes, we had so much fun.  We ate so much, and saw a lot of cool bands.  It was a great time for us.  My highlight last year was seeing the band The Movement – they were great!

AFL: Thank you for the interview! Have you any last words or something to add?

Richie: Thank you so much for the help, we appreciate it – see you soon.

Interview with BENT LIFE to „Never Asked For Heaven“