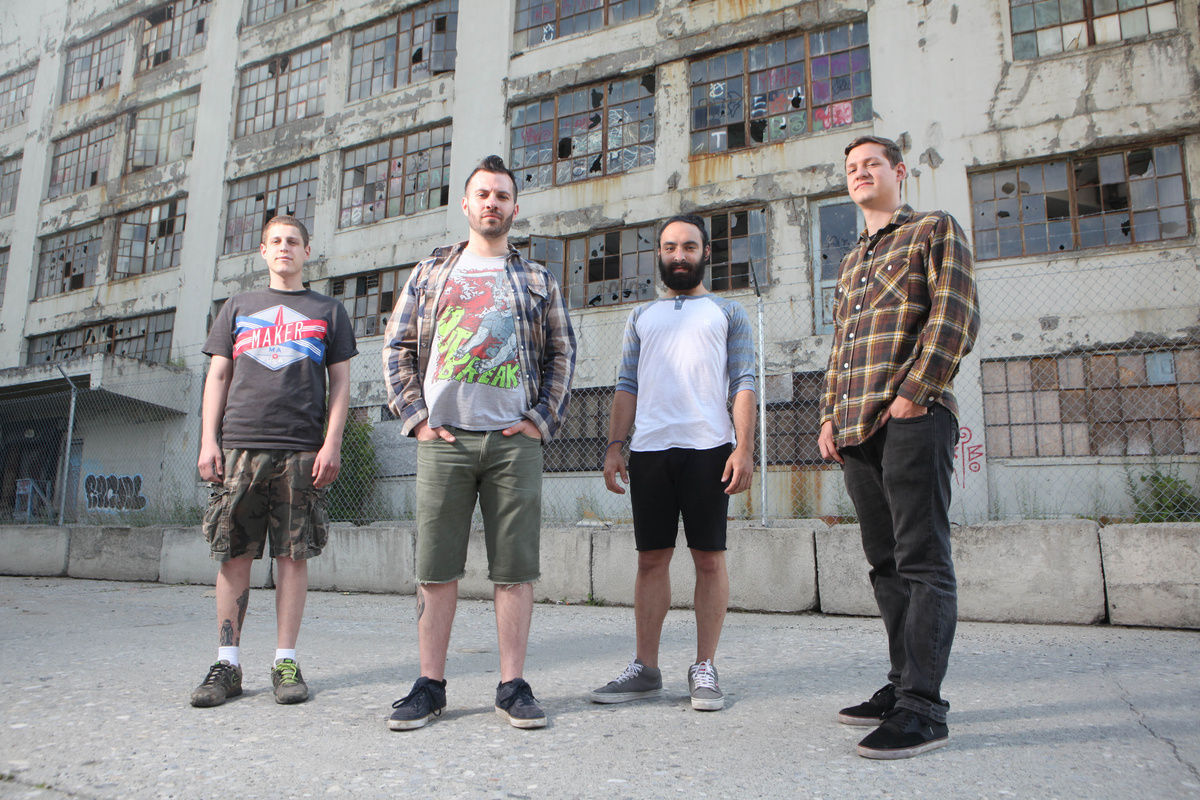 Since their foundation in the year 2009 Such Gold become one of the greatest melodic hardcore bands worldwide. Last year the band release their second full-length The New Sidewalk on Razor & Tie records. In November Such Gold come back to Europe and play over 20 shows in 3 weeks. We could talk with Ben (Vocals, Guitar) and Jon (Bass) about the upcoming tour, a new release and some other things. AFL: Hey guys how are you? In the beginning of next year you release a split 7” with Walk the Plank, No Fun and Harker. How came it to the release? You know each other before or are there any other backgrounds of the split? How came the idea?

Our friend Katrin at Flix Agency, who is our best friend in the whole wide world, suggested that we contribute a track for the 7”. We don’t personally know any of the bands but definitely think they are all really cool! Any band that Katrin recommends to us is cool by us.

AFL: What can the listeners except on the songs of the split? What theme you thread on your song Choosing Cages?

Choosing Cages is a song about how easy it is to make choices in your life, whether it be musically or socially, can trap you into certain cages and how you may regret those choices later on that push you deep into a cage that doesn’t fit your person.

AFL: Have you plans to release another record next year? Maybe a new full length?

We aren’t completely sure what form of release our new music will take next year but we are definitely going to be recording a lot of new music. I would venture to say that it is even more “out there” than The New Sidewalk while at the same time being a bit catchier. Only weeks after we were done working on “The New Sidewalk” did we start working on new music. If we weren’t driven constantly to make new music and share new ideas, we wouldn’t be a band anymore!

AFL: In a few days your Europe tour starts. What are you looking forward most? What things do you like being on tour and what things you like less?

We are looking forward to seeing all our European fans again. We were just over there last May and we realized on that tour that we NEEDED to be coming overseas more often. We are too excited to be able to do some headlining shows in mainland Europe as well as touring with our good friends in Gnarwolves and Spraynard – 2 amazing bands that we have an immense amount of respect for.

AFL: How you spend your time while you’re on tour? Just the standard things like driving, eating, playing?

Ben and I love to skateboard. One of our favorite things about touring is that we get to skateboard literally all around the world. Sometimes we get shows really cool secret DIY skateparks under bridges and then sometimes, mostly in Germany, there are skateparks that are connected to the venue. It’s always such a nice surprise when we get to play at one of those!

AFL: When you must describe you music in three word which three would you call and why?

Praise Rang Forever. That is all.

AFL: Such Gold exists since over 5 years. What drive you to making music?

AFL: What do you do besides making music with Such Gold? Have you steady jobs? What are your hobbies?

AFL: Thanks for the interview guys! Have you any last words?

Can’t wait to be back over in Europe! Katrin Wipper is our best friend.