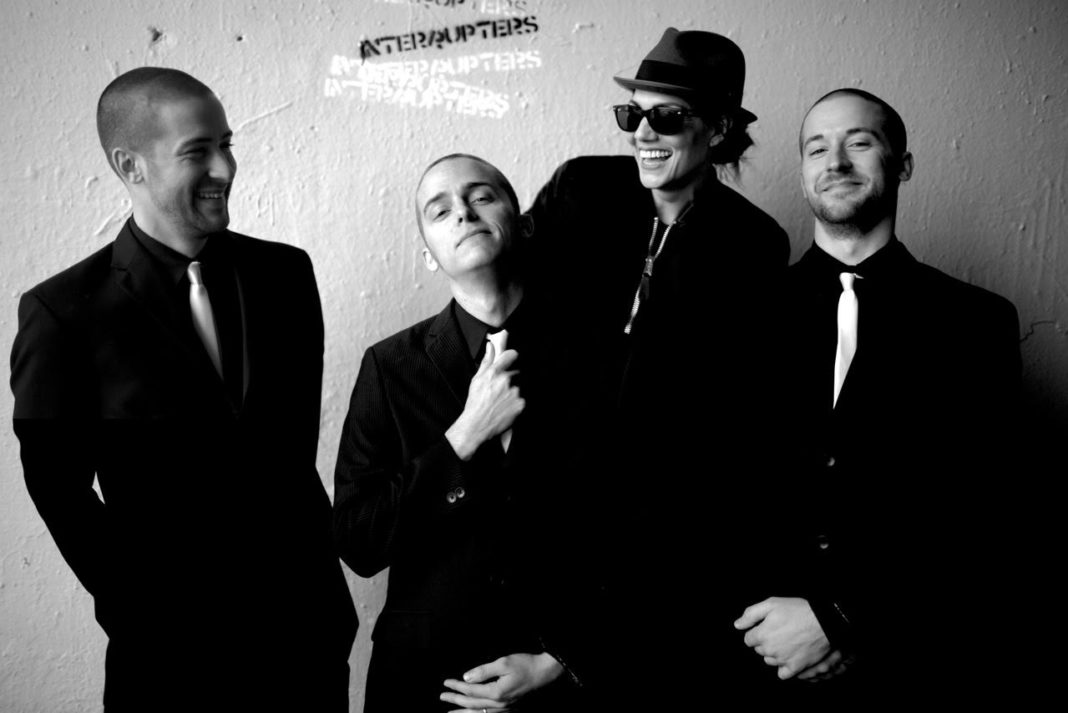 Interview with Jesse and Justin from THE INTERRUPTERS to their new Album „Say It Out Loud“, their influences in music and Tim Armstrong.

Interview with Jesse and Jesse (The Interrupters)

„Tim is definitely like brother to us and the 5th interrupter!“

AFL: First of all, I would like to congratulate you for your great new Album “Say It Out Loud”, which has recently been released through HELLCAT RECORDS! It is awesome! What is the difference between “Say It Out Loud” and your debut album, in your opinion?

Jesse/Justin: Thank you! Since the release of our first album, we’ve spent a lot of time touring, and that really helped us not just solidify our roles individually, but grow together as a band. So I think that difference help us make a strong record.

AFL: I look forward to your tour in Europe this autumn. Is there something you ́re looking forward to the most? A very special place or show? It isn ́t your first time in Europe, is there a difference between shows in Europe and the US?

Jesse/Justin: This will be our third trip to Europe. We always look forward to seeing new places when we travel. On this upcoming tour, we have a couple shows in Spain which we are all really excited about. European shows always have an energy that is different from the States., and we can’t wait to play for everyone around Europe!

AFL: A friend of mine told me that you all are siblings and another one that one member is the son of Tim Armstrong. Is anything of that true?

Jesse/Justin: Haha, not exactly. Jesse, Justin, and Kevin are all brothers, but there is no blood relation with Tim. Tim is definitely like brother to us and the 5th interrupter!

AFL: How did Tim Armstrong became attentive on you? Did you knew him before THE INTERRUPTERS?

Jesse/Justin: Yeah, we’ve known Tim for a while now. Kevin meet him in 2005 when he toured with Transplants and we all most recently worked closely with him on his Tim Timebomb and Friends project.

AFL: I heard that he supports you wherever he can. How does it feel to be supported by one of the biggest musicians in punkrock music?

Jesse/Justin: It’s truly an honor to have someone we’ve admired our whole lives, not only produce our records, but have our backs and be like family to us.
AFL: When I was in the US, I saw a t-mobile commercial on TV, which includes your song “Take Back The Power“. How did this came about?

Jesse/Justin: One of the music supervisors has a kid who’s a fan of ours. As musicians, something like that is a really great opportunity to be able to keep doing what we do and get our music out to more people!

AFL: What are your musical influences? Your music is a mixture of punk-rock, ska and reggae elements. Do you have bands which you are influenced by the most? Am I right with bands like THE CLASH and RANCID?

Jesse/Justin: Definitely The Clash AND Rancid! But we take influence from all types of music. The Selecter, Cock Sparrer, The Jam, Joan Jett, Madness, just to name a few off the top of my head.

AFL: Where do you get your ideas and who writes the songs and lyrics? How important is the message in your music?

Jesse/Justin: We all throw in ideas for songs. We like to sing about subjects we are passionate about and once the flame is ignited we go from there! Aimee and Kevin do most of the lyrics but we all contribute ideas for parts, vocals, harmonies. Tim is also very involved in the studio and helps out with songs and arrangements.

AFL: On November the 8th you will elect your new President and the marketing and publicity is in full progress. Who will win the election, in your opinion?

Jesse/Justin: I’m not sure, we’re gonna have to wait and see which way the toilet flushes.

AFL: How did you found each other in 2012? Do you have a romantic founding history?

Jesse/Justin: We all met on a tour in 2009, where Aimee was performing as a solo artist, and the three Bivona brothers were in the band Telecasters opening. Aimee and Kevin started writing together and that evolved into The Interrupters over the course of the next couple years.

AFL: Do you have other bands or projects except of THE INTERRUPTERS?

Jesse/Justin: Yes, we all work on other music projects and play in other bands. The Interrupters is our main focus right now so I won’t go too far into detail!

AFL: Do you have any last words for our readership?

Jesse/Justin: Just to check out our new album “Say It Out Loud” and come dance with us when we play a town near you!