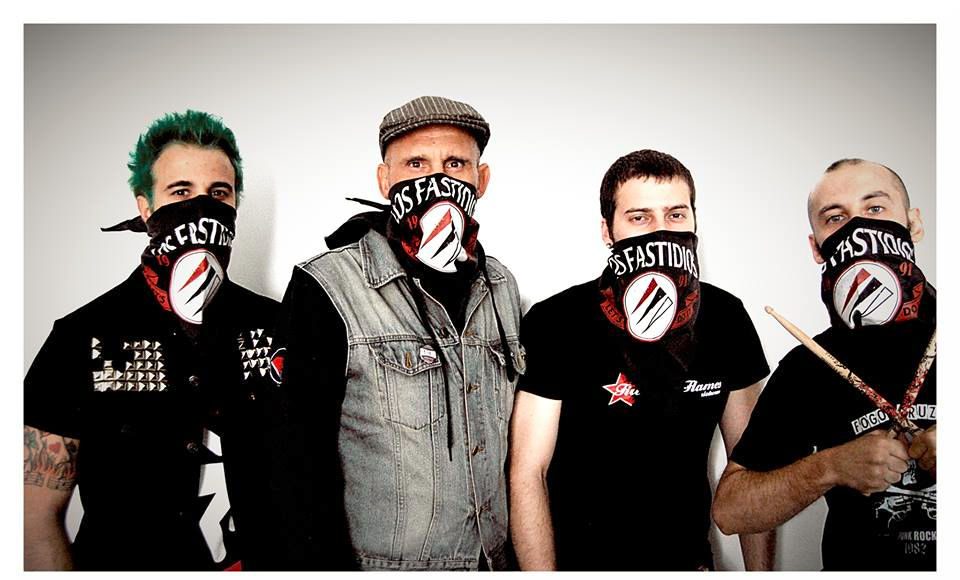 Interview with Los Fastidios singer Enrico to 25 years Los Fastidios, the new album „The Sound Of Revolution“ and the future plans of the streetpunk band from Italy.

Interview with Enrico of Los Fastidios

AFL: Hey how are you? You will release on 02nd February your brand new full-length “THE SOUND OF REVOLUTION”. How does the record differ from your older releases?

Enrico: Oi! mate!!!! We are really ok and really excited for the new album! The new album sounds like the old ones, it’s the typical sound of LOS FASTIDIOS, a blend of street sounds, the sounds we love, from streetpunk to ska, from oi! to rocksteady/reggae, from rock’n’roll to melodic punk and street soul. Maybe this time we payed more attention to the arrangements of the songs than in the past… We are really satisfied and we are sure also our people will enjoy “THE SOUND OF REVOLUTION”!

AFL: Which themes you’re thread on “THE SOUND OF REVOLUTION” and where did you get the inspiration for the songs?

AFL: You’re one of the most important antifascist street punk bands here in Europe. Many other Oi! bands abstain of a clear message. Why is it in your opinion important to say clear that you’re an antifascist band? Enrico: Music belongs to the people; music is not for fascists. The fascists try today like in the past, to steal the attitude, the style, the fights, the music. The people, the bands must stop them and isolate them.  For us it is normal to say that the fascists have nothing to do with us, with our music, with our attitude. We like to be clear. This is a social and human cause, not a political cause.

AFL: Are there sometimes incidents on your shows with visitors that don’t understand your message?

AFL: How is the current political situation in Italy? Is there a “right” problem?

AFL: You’re founded in the year 1991 und are still around. 2016 was your 25th anniversary. Congrats! What were the highs and what the lows of LOS FASTIDIOS so far?

Enrico: 25 years is a good target, but at the same time, a new starting point. Sincerely in the LOS FASTIDIOS story, from the beginning, year after year was always better…every year better than the one before… so maybe we could answer the lowest moment was when we started and that we are still waiting for the highest moment, haha.

AFL: How has the scene changed since 1991 till today?

Enrico: The scene today is the same of 25 years ago, today only a little bit more virtual. Sometimes the kids spend today more time in front of a computer than in the street. And we know that on internet it is not the real life.

AFL: What further plans do you have for 2017? Maybe a release tour?

Enrico: We didn’t stop our tour also during the preparation of the new album. LOS FASTIDIOS is a live band and a new album out is a reason more for touring more than in the past. We are always on tour! The tour is real dimension for a band, having a direct contact with the people and the with the situations we live.

Enrico: My dream is to do a tour together with my idol Paul Heaton, the singer of The Housemartins and The Beautiful South. Wherever he wants!

Enrico: A lot of really good new stuff are coming out in this period. I really enjoyed the last albums of 8°6 Crew and Dropkick Murphys. And also two new releases of two Italian bands, the skankers Skassapunka and the oi! rebels Sempre Peggio…we really want suggest these two bands to all of you!

AFL: Thanks for the interview. Have you something to add or any last words?

CITIZEN USELESS: Interview with a punk band from Jakarta