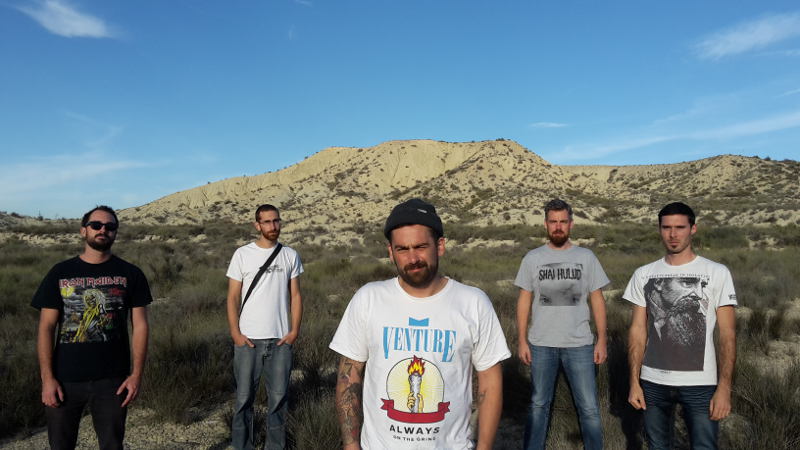 We premiere together with the German hardcore label Demons Run Amok Entertainment the new video Cold Thing of Wake The Dead from France.The song will be on their new album Under The Mask, which will be released on 27th May on Demons Run Amok. Wake The Dead founded in the year 2010 and play since then far over 200 shows. After the video you can read an interview with the band about their new record, their future blands and cool inside facts about Wake The Dead.

Interview with Wake The Dead

AFL: Hey how are you? Firstly thanks for taking time and making the interview? Can you briefly introduce yourself for everybody who don’t know you so far?

WTD: Hello, we’re fine, and first of all we want to. So to introduce WAKE THE DEAD, we are a Punk Hardcore band from Marseille, South of France, created in 2010 and mainly influenced by modern hardcore bands such as Comeback Kid, Have Heart, Verse, Defeater, More Than Life, Miles Away… After 6 years, we played more than 250 shows in 28 different countries between Europe and Asia and had the chance to share the stage with bands with an international reputation in Punk and Hardcore.

We ever released a debut album “The things we can’t forget” in 2011 and a 10 inch LP “Meaningless Expectations” in 2012. Our only goal is to play our music and spread it all over the world, driving hours to play half an hour.

AFL: You will release your new full-length Under The Mask in spring 2016. How satisfied you’re with the record and how distinguish the new LP from your older releases in your opinion?

WTD: We’re really satisfied of that new record, even if we would always like to do better. We’ve been working on it during 3 years, it’s long, but it was necessary. We had changes in the band with the arrival of Cesar as new singer and Hugues as new drummer at the end of 2012, who brought their influences and sensibilities.

So even if those changes had some impacts on the composition (now we are all composing the songs) I think that this new record is the logical sequence to “Meaningless Expectations”. It includes our new feelings, our new influences, and as we are getting older, it pushes us to work everything in detail and wanting the songs more accomplished.

AFL: What are your main influences on this album? Which lyrics do you treat?

WTD: For this album we don’t have main influences, we wrote it slowly following the life of the band, ornamented it with all the new things we are living and listening.

The lyrics are mainly influenced by everyday life and all the experiences we had since we were born. It’s not only about our life, but about everything around us, some personal experiences, and other from friends, family, or life on tour, or feelings we have.

AFL: Under The Mask will be released by Demons Run Amok Entertainment. How came the contact between you and the German label?

WTD: Yes we will release it on Demons Run Amok, and we’re really proud of it. This time as I told you above, we had a long time for the composition, and we wanted to release it differently than our 2 first records. We wanted for a better visibility, and still in order to make the band progress, to try to find people who will be interested in helping us. We are doing everything by ourselves as the most part of the bands, and it’s taking a lot of time in our lives to make happen everything we ever did. And as we always want to do more we decided to contact labels that were important for us. Demons Runamok was a part, and we had the chance they answered us and believed in our project.

AFL: With your new video to your song Cold Thing you’ve released the first sound clip of Under The Mask. Why you choose exactly this song for a new video and about what is the song?

WTD: In fact Cold Thing is not the first sound clip for Under The Mask, it’s the third, we ever released 2 videos for songs that will be on Under The Mask.

We first released Letter to you in September 2015, it was to announce we finished our record. In October 2015 we released „M“ to celebrate our 2 asian tours (2012 and 2014 in Japan, China, Indonesia, Malaysia…). But this 2 videos were DIY made with live pics. Cold Thing is more “professional” and we did it with Théo Sauvage who ever did our clip for Swordfighting.

We chose that song cause it’s a catchy and fast one, and our singer Cesar through the lyrics had the idea that it could do a good short movie. That’s why we decided not to appear in the video. The song is totally imaginary, doesn’t refer to a real filling. It’s a kind of metaphor, the story of someone totally normal, who suddenly goes mad and kills. A kind of burn-out, with no turning back possible.

AFL: You will be on tour in the beginning of March. On which shows you’re looking forward most?

WTD: Yes we will be on tour from 2 to 12 March in France, Belgium, Germany and Netherlands. We had the chance to be helped by Eva from Flix Agency that booked everything, that’s another precious help we have for that tour and we hope this collaboration will work for a long time. Below all the dates:

We’re looking forward every show, it’s been 2 years we didn’t came to Germany, more for Belgium and Netherlands, and the most part of the cities booked, we never played there. So we just hope to meet a lot of new people, maybe old friends, to have good shows, and crazy people every night. But we’re sure it will be, we have only good memories of last times.

AFL: You founded in the year 2010 and could play shows with bands like Propagandhi, Cruel Hand and No Turning Back. What was in your opinion the best so far? And why these?

WTD: Propagandhi, Cruel Hand and No Turning Back are just a part of the band we played with, we played too with Ritual, Anchor, No Friends, Death By Stereo, Lasting Traces, Birds in Row, A Wilhelm Scream, NUFAN, Strung Out, Hoods, More Than Life, Being As An Ocean…

I don’t know if we can say what was our favorite and the best, cause every of them were incredible and at different moments of the life of the band. Moreover depending on the preferences of each member of the band I’m not sure we can choose one. Maybe Propagandhi was a little bit special, cause it’s a band we really like for years, we like of course their music, and their involvement in a lot of fights for human and animal rights. They are really simple and easy guys, and they are really good musicians. WTD: As the other questions we’re trying to do a collective answer, but it really depends to what member of the band is answering. We have really different influences and really different musical tastes, and we think it makes us stronger. Of course we all love Punk, Hardcore and Rock’n’roll in general, but we are listening really much more.

So for our top without order, we would say:

AFL: What plans have you next with Wake The Dead?

WTD: We have a lot of plans, the most part is about touring cause it’s really important for us, so we’re ever working on dates in May, and tours in September and November. We have too some contacts for a tour out of Europe in February 2017, some news coming soon… Moreover, we will start again working on the composition of new songs.

WTD: Thank you for taking time for this interview, and we just hope to meet you and all the people that will read this interview on the road, that’s where our music makes sense. Enjoy the new video.

THE FREEZE: Interview with the classic US hardcore band