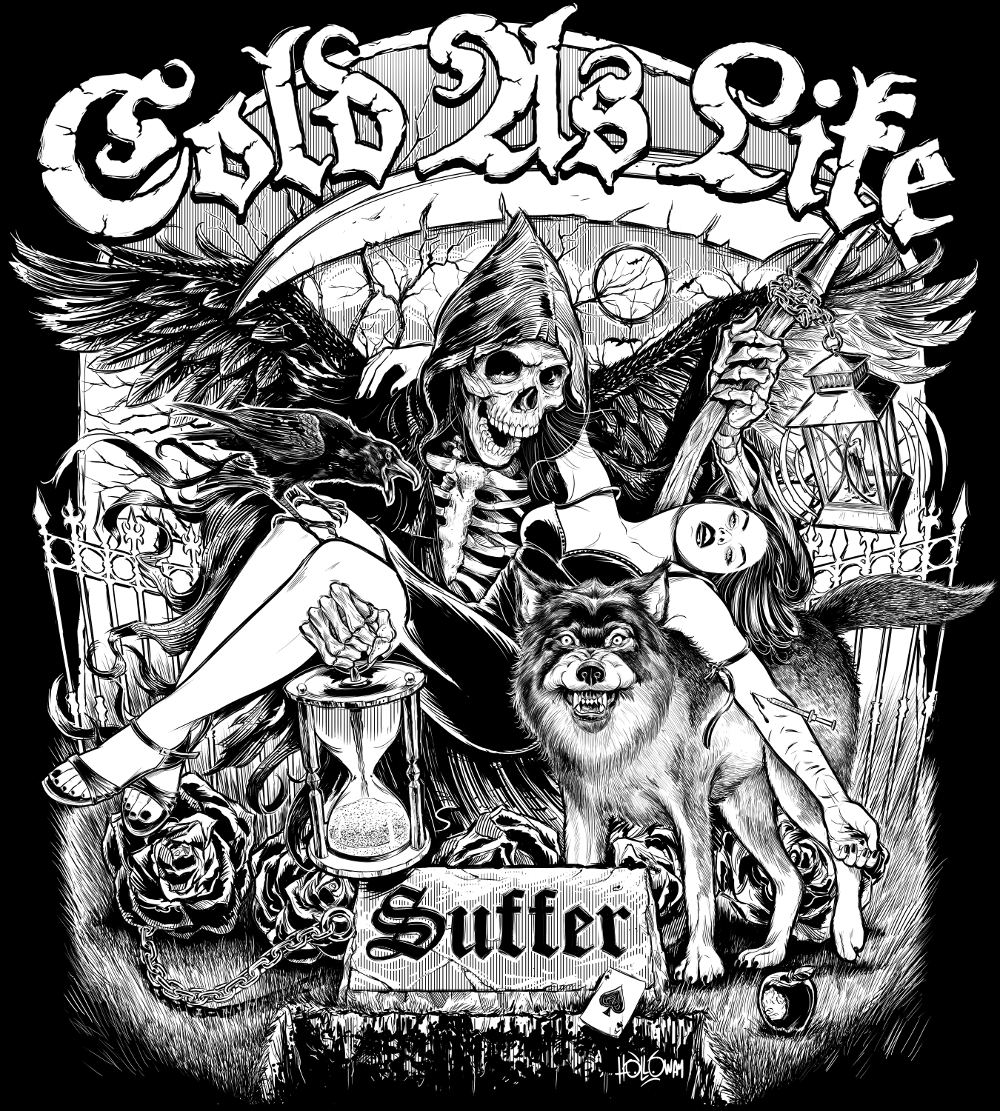 Cold As Life is back on the map! The legendary hardcore band from Detroit, Michigan was founded in 1988 and released their second and, until now, last studio album in 2000 with Declination of Independence before Cold As Life disappeared a year later. In 2007, Cold As Life made a brief comeback before returning to the hardcore business again in 2015.

There, Cold As Life bounce as hard as they’d never been in the past years. Extremely perverse, hardcore hardcore punk, which flows out of the boxes in such a harsh, harsh production, that you would like to throw your TV out of the window while listening to the two tracks! The rage of the band really infects the listener with the first chords of the two songs.

While the track Suffer mostly moved in front tempo range, the second song is For The Few more of a mid-tempo song. Really extremely sad that the release only includes two songs, which is a fat minus point – you just want more Cold As Life than almost 7 minutes of playing time. Unfortunately, only the Repeat key can help. If you are on brutal, raw hardcore, Suffer should not miss!
The single will appear during the year on Demons Run Amok Entertainment.

Cold As Life is still on their first Europatour since 2007. Here are the last shows: