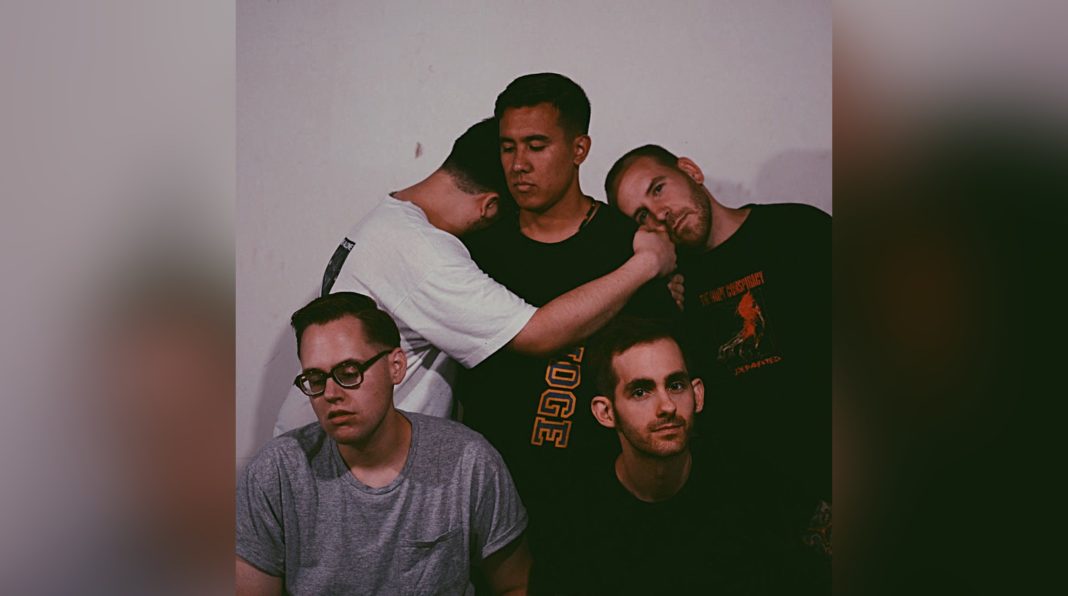 True Love have just released their new album Heaven’s Too Good For Us via Bridge Nine Records. We could talk to TL singer Dominic Vargaz in an interview to learn why is heaven to good for them. Here we go!

„I’d describe us as a mix of everything good, and nothing bad.“ AFL: Hey how are you? First question: Why is heaven too good for you?

Hey, doing great. No complaints. Good question — it’s a thought I’ve had more than once. Looking for a release from this shot world, but not fully believing that I’m deserving of it. The last record was called „new young gods“; it had a lot of ideas — especially in the first and last songs — about feeling out of step and not understanding why. The desire to become to god of my own world and forcing it to make sense.

AFL: Your new full-length “Heaven’s Too Good for Us” was released on 1st July 2016. How satisfied you’re with the record and how distinguish the new LP from your older releases in your opinion? Super satisfied. There’s always things you wish you could change after the fact, but that’s a metaphor for life in general. on this record we strived to keep it straight forward with little to no frills. there’s a tendency to push envelopes from album to album, but our style is already so niche that throwing heavier influences is pushing the envelope enough.

AFL: What are your main influences on this album?

Well. We didn’t want to stray too far, so to stay true to our sound, we kept what we originally set out to do in mind while still adding the straight forward influence of NYHC and Boston sound. I think musically this record is really influenced by Madball, Youth Of Today Right Brigade, Carry On and a bunch of other shit. We are inspired by our friends bands. Lyrically, I’m inspired by a ton of stuff ranging from old singers like Connie Francis to Moz to the best HC has to offer. Old movies, misheard lyrics, turns of phrase, etc.

AFL: How would you describe your sound and which three words fit best to TRUE LOVE in your opinion?

I’d describe us as a mix of everything good, and nothing bad. Three words? Straight fucking edge.

AFL: Which themes do you treat on “Heaven’s Too Good For Us” and where do you get the inspiration for them?

The theme that most interests me in art, literature, music, movies is „us against them“. I love stories about gangs, about lovers against the world, and about outsider pride. I get the inspiration from spending my whole life as someone who felt misunderstood, and out of place. At times it made me sad, other times it made me happy that I am mine. I think that’s what hardcore and punk is all about. Feeling like you don’t belong, and then finding a place that you do.

Part two is the song „out in the streets“ by the shangri-las. In the old days, groups would make a record, and then another group would make an answer record i.e. „my girl“ and then „my guy“ or „tell laura i love her“ and „tell tommy i miss him“. „Out in the streets“ is always a song I loved and I spent a lot of my formative years in a rough neighborhood so I could relate to the guy in the song. Parts 1 and 3 are from the guys perspective, and the original is the girls perspective. Listen to all three songs in a row while reading the lyrics, and you’ll see what I mean.

AFL: “Heaven’s Too Good For Us” was released on Bridge 9 Records. How came the contact between you and the label?

Chris actually reached out to us. we were really content with react! And still have a great relationship with Evan — but joining the Bridge Nine roster was wild. They put out all the best records by bands who we are styled after like AN, Carry On, Panic, Sworn In, Right Brigade, etc . So it was an honor to be able to join that family.

AFL: The album features guest vocals from Turnstile’s Brendan Yates and Forced Order’s Nick Samayoa. Do you know them personally and how came it?

We do, they’re both great friends of ours and two of our favorite bands. Turnstile asked us if we’d do the east coast leg of their tour for „nonstop feeling“ and we were floored because they’re one of the greatest modern HC bands, and we were fast friends. Forced Order is also one of the best bands in HC right now and we met them through various ways. Mike from FO also basically lives with me here in Michigan when he is here because he’s dating one of my best friends, Britty. We just knew we wanted them on this record because both have such sick unique voices, and they said yes.

AFL: What would you say with the cover artwork of your new record?

We just wanted to keep the same aesthetic, and this photo really struck Alec, our guitar player and he sent it to us and it was agreed upon.  It kind of has a darker feel than our previous record logo, which fits with the turns we took on this record.

AFL: In September 2015 you said on your Facebook site that you can no longer „officially“ continue as TRUE LOVE and your new band name is now TL. Your new album will be released under the name TRUE LOVE, am I right? Is your name now TRUE LOVE or TL?

What happened was there was some confusion over our band name and to avoid hurting anyone, we were going to be TL. But, thankfully everything was settled and we can officially be called „True Love“.

AFL: What exactly happened? You spoke from a legal problem.

We can’t really say, it was mostly just a misunderstanding.

AFL: What plans have you next with TRUE LOVE? Is there a European tour in pipeline?

Up next, we play Back To School Jam in New Jersey with literally all the best bands. We just played This Is Hardcore and it was sick, as always. Hopefully we can get out on tour soon, and hopefully see Europe and maybe Japan?

For myself, I’d love to go to Japan with our friends in Freedom. They’re our best friends and it would be the entire squad in a place I’ve always wanted to go.

My favorite bands and records at the moment? I love Turnstile, Focred Order, Freedom, Angel Dust, Mizery, Fury, Break Away and too many others.

AFL: Thanks for the interview man!