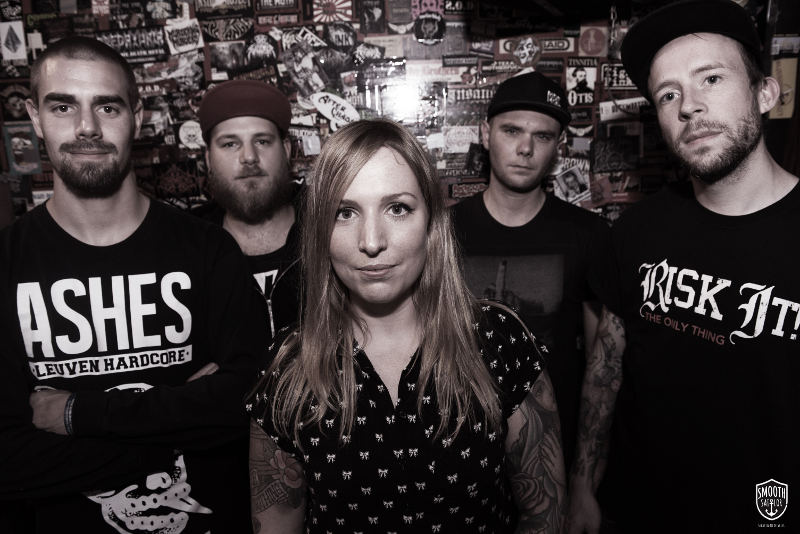 All For Nothing will release on 7th April 2017 their brand new full-length called „Minds Awake / Hearts Alive“ on Redfield Records. We could talk to All For Nothing guitarist Ernst Smits about the new record, the upcoming shows and more plans of the band an interview.

Interview with All For Nothing

AFL: „Minds Awake / Hearts Alive“ is your first record with a new band line-up. What would you say have changed on your new record since you last „What lies within us“? In my opinion you keep the typical ALL FOR NOTHING sound!

Ernst Smits: First of all: thank you! 🙂 Our new members Tim and Roel had a great amount influence on this record.  We known each other for years and they know our band even before they were a member. They know what a song must sound like to become a ALL FOR NOTHING song. The material that they brought to the table was both fresh and kept great touch with the ALL FOR NOTHING sound.  We did quite some pre production on this record too.

AFL: Your new full-length was recorded by MADBALL guitarist Brian “Mitts” Daniels. How was the work with Mitts? Do you’ve record it in New York? And how came it that Mitts produced „Minds Awake / Hearts Alive“?

ES: No we recorded it in Holland in between tours of MADBALL and ALL FOR NOTHING. Mitts and us have a lot of mutual friends and when he got the news we were going to record we got in touch and minds awake / hearts alive is the outcome. Working with Mitts was really fantastic. Besides being a great guitarist and amazing person Mitts is a true legend in the studio. He really got the best out of us all.

AFL: Which three words describe ALL FOR NOTHING in your opinion at best? And if you could name your three main influences which would you name?

Ernst Smits: That first one is a tough question. I’ll go with Hard Working Band. The second one is really easy. The main influence we have is everything we experience.

AFL: What is your meaning to the current election result in the Netherlands’? Are you satisfied with the result and how do you see the political situation at the moment?

Ernst Smits: We’ll the election result was no real surprise. I believe about 82% of the people voted, which is a record and kinda cool in way.  What happens after this is what could be interesting. Let’s see if the politicians have the decency to keep their promises this time. (Edit: 2 days later and some of them already did the opposite of what they said.)

Ernst Smits: I’d make a package of Sick of it all, Propagandhi  & Cannibal corpse. Simply because that’s the best hardcore band, the best punkrock band and the best deathmetal band on one bill and take that package for a 3 week eurotour so I can see them every evening.

AFL: What are your plans after release your new record? I saw you play a couple of club shows and festivals in the next month. Is there any show you’re looking forward especially?

Ernst Smits: We look forward to every show. We are working on some cool stuff and I’m sure details about that will surface soon 😉

AFL: Thanks for the interview. See you in April! Have you any last words or something to add?

Ernst Smits: Thank you for this interview!  Check out our new record and video. We put a lot of work into it. Come to a show. Say hi and let’s hang out. Connect with your fellow man/woman.  Try to leave your smart phone at home every once and a while: it will blow your mind how much you have become dependent on it. If you love hardcore: be part of it big or small it doesn’t matter. It’s not just music it’s the way you look at life.

All For Nothing live

All For Nothing – Minds Awake / Hearts Alive

HC History – The Beginning Of Everything: #1 with Jesse Barnett...