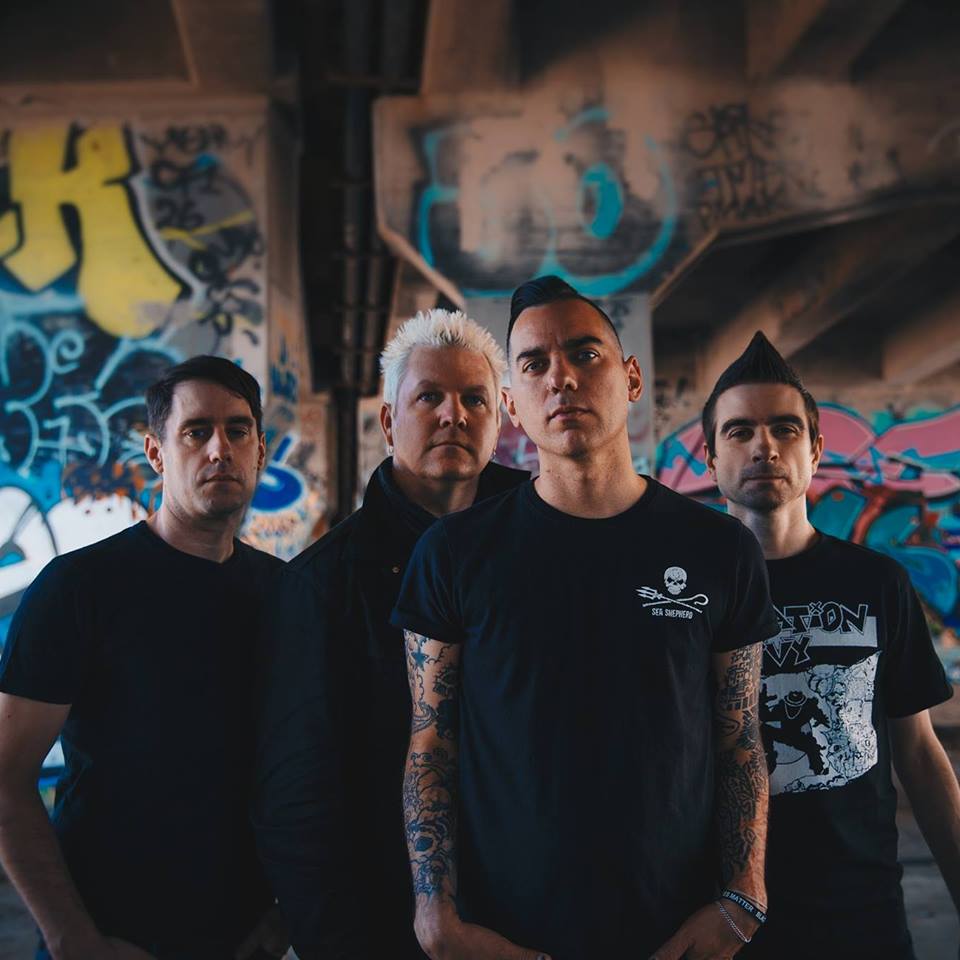 Anti-Flag will release their brand new full-length American Fall on 3rd November 2017. We were able to talk to Anti-Flag bassist / singer Chris Barker aka Chris #2 about his hardcore-punk roots.

C: It was actually an Anti-Flag show at a place called Charlie’s Bistro. It’s Long closed down. It was huge for me to find punk rock from the city I lived in. Until that show I had no idea what was right in reach, it only existed on record until that very moment.

C: Metropolis is Montreal. We have had the most insane shows there. It holds 3000 people and feels like a club. The sound is still loud and in your face, and shows in Montreal are always poetic. The city and the people are beautiful and kind.

C: It was a tape with a Cringer album on The A side and Bad Religion on the B.

4In your opinion what is the perfect hardcore-punk show?

C: I associate hardcore with a few different sub genres. But to build a bill of my favorite 5 bands??? Minor Threat/Black Flag/Circle Jerks/Dead Kennedy’s (with Jello, sorry!)/Kid Dynamite

C: Lifetime, I would have loved to see them when they were actively touring in the 90’s.

C: Thomas Barnett Strike Anywhere/Great Collapse. His voice, passion, politics, everything. His kindness towards me and everyone he meets is beyond inspiring.

9What are you top 3 hardcore-punk drummers / front men (women)?

Interview with RAW POWER – the hardcore-punk legend from Italy